Full Name
Jing Liu | Florian Idenburg, AIA
Job Title
Principals
Company
SO-IL (New York, New York)
Speaker Bio
Jing Liu
Jing Liu has been practicing for more than 15 years working on a wide range of projects both in the US and abroad. Through building practice and interdisciplinary research projects, Liu has led SO–IL in the engagement with the socio-political issues of contemporary cities — in projects like the Artists Loft North Omaha and the Martin Luther King, Jr. Library in Cleveland. Her projects range from artistic collaborations with contemporary choreographers and visual artists to master plan and major public realm design in cities like Melbourne and Indianapolis.

Liu brings an intellectually open, globally aware, and locally sensitive perspective to architecture. Her intellectual curiosity and artistic imagination allow her to bring a more nuanced cultural perspective to the table. Her keen skills in combining digital technology with traditional craft and firm belief in design’s ability to re-engage people with the physical world around them allow the buildings she designs to become places of exchange that welcome interpretation and transformation.

Liu leads all of her projects from concept to realization and considers carefully all aspects of design and construction — from the building’s presence in a community, down to the fasteners in a window. She believes strongly that design should and can be accessible to all, and that architecture offers us an open platform to nurture new forms of interaction. To that end, Liu sees community engagement and collaboration across disciplines central to her role as the design lead.

Florian Idenburg, RA, AIA-IA
Florian Idenburg is an internationally renowned architect with over two decades of professional experience. After learning the ropes in Amsterdam and Tokyo, he founded SO–IL in New York in 2008 together with Jing Liu. His years of working in cross-cultural settings make Florian a thoughtful and collaborative partner. With a joyous demeanor, he pursues innovation through working together. He has a particularly strong background in institutional spaces, leading the office on projects as Kukje Gallery and the Manetti Shrem Museum of Art at UC Davis as well as Amant Arts Campus in Brooklyn. His strength lies in generating imaginative ideas and transforming those into real-world spaces and objects.

Idenburg has a strong intuition for the orchestration of form, material, and light, and enjoys developing projects to a level where those elements become places for people to experience and use. He combines a hands-on approach with a theoretical drive, sharing this creative spirit with clients, collaborators, and students. A frequent speaker at institutions around the world, he has taught at Harvard, MIT, Columbia, and Princeton University and is currently Professor of the Practice at Cornell University. Currently, he is developing a forthcoming publication on this topic, Human(s) Work (Taschen, 2022). In 2010, Idenburg received the Charlotte Köhler Prize of the Prince Bernhard Culture Fund. He is a registered architect in the Netherlands and an International Associate of the American Institute of Architects.
Speaking At
MDC Headliners - Jing Liu and Florian Idenburg, AIA | New York (1LU) Sponsored by Swinerton 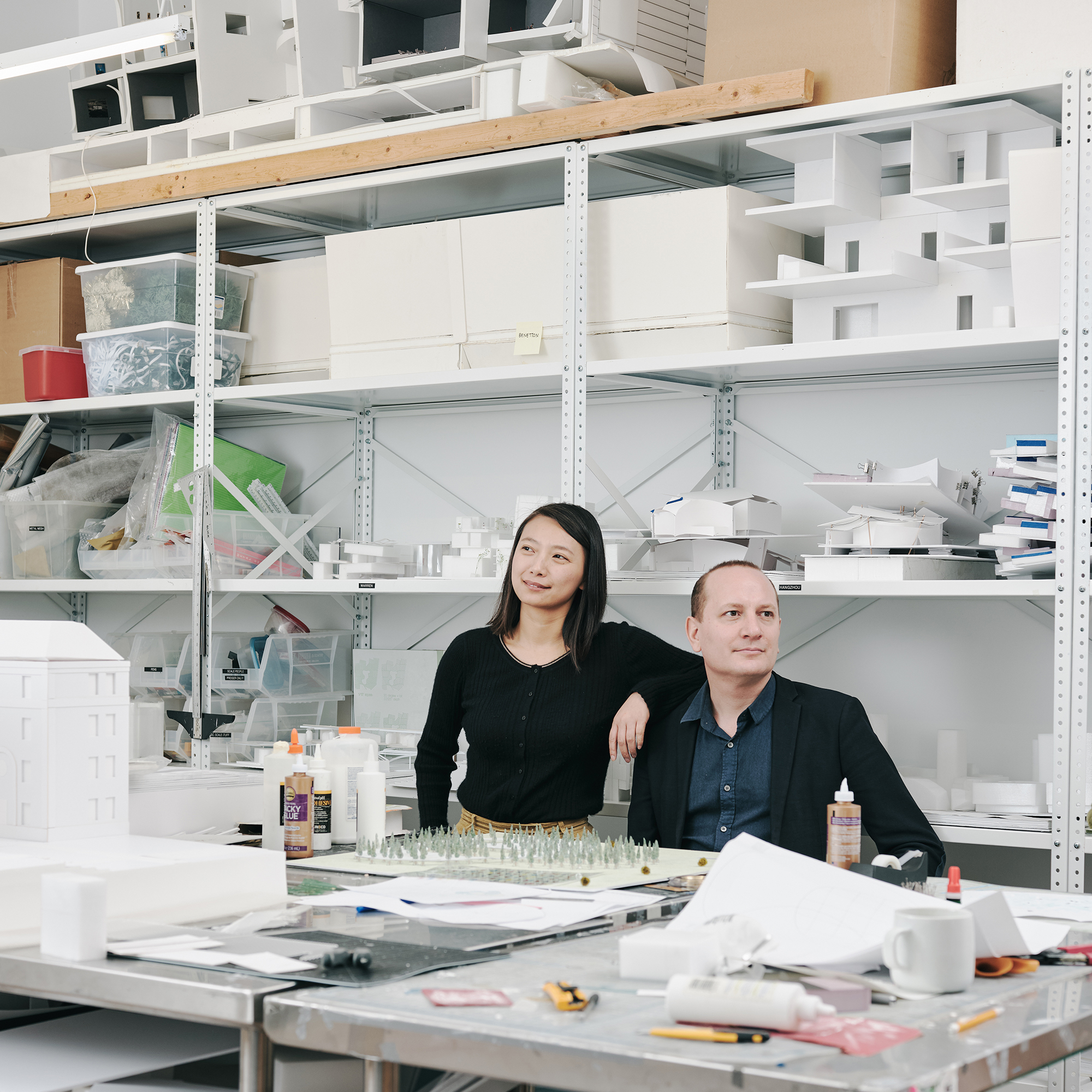